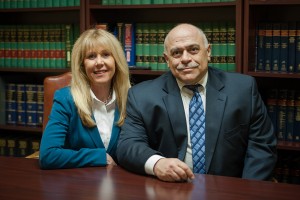 When a couple faces divorce, emotions tend to run high. Anger, resentment and apprehension can quickly lead to bitter disputes. It is very uncomfortable emotionally and psychologically to endure a divorce, even when it is not particularly ugly. Children and adults alike are impacted when a marriage dissolves. In the unfortunate event you are considering filing for divorce it is best to retain a skilled and compassionate Kennett Square divorce lawyers at Donze & Donze to protect your rights.

Often times there is more to be dealt with than just the divorce itself. Many times in a marriage a family involving children is the ultimate end product of the marriage. Issues our Kennett Square divorce lawyers deal with on behalf of our family law clients are:

Furthermore, the myriad of forms, worksheets and documents needed to file for divorce in Pennsylvania can be daunting.  A skilled West Chester, PA divorce attorney from our firm can help you effectively negotiate with your spouse for a fair and reasonable divorce agreement. Our Kennett Square divorce lawyers understand compromise is never fun, that’s why we employ hardworking and empathetic attorneys who will fight for your rights during your case.

If a settlement cannot be reached prior to entering the court system, the court will divide the marital assets in a way it deems fair given the particular circumstances of the cases. Marital assets are also referred to as marital property. Marital assets can include a home, cars, furniture, businesses owned by the parties, jewelry, art, investments and retirement accounts. Anything purchased during the period of time considered as “the marriage” will be deemed marital property, even if it was purchased or put in only one party’s name. For example, even if your name does not appear on the title to a vehicle purchased by your spouse during your marriage you may be entitled to half of that vehicle.

Divorces usually get messy and ugly and unfortunately the high road is not always taken. The Kennett Square divorce lawyers at The Law Office of Donze & Donze have helped many clients locate hidden assets and income that a spouse may possess in an attempt to wrongly and fraudulently attempt to keep a marital asset for themselves.

Occasionally someone will try to hide assets in order to pay less or receive more support. The West Chester, Pennsylvania divorce lawyers at Donze & Donze, located in Kennett Square, Pennsylvania, offers each client an individual solution for remedies sought such as:

The Pennsylvania Divorce Code controls your divorce if you do not agree on the division of property and debts on your own. If you have a pre-nuptial agreement that does not include something that is available to you according to Pennsylvania Law, you may still be able to assert those rights.

If you are considering a divorce or have questions about the division of property after a divorce, contact the Chester County, Pennsylvania  divorce attorneys at The Law Office of Donze & Donze today.

It is important that you deal with an experienced family law attorney who will walk you through the divorce and equitable distribution process and make sure that nothing is left out of your settlement.

Should you have further questions regarding divorce or any issues pertaining to your divorce please do not hesitate to contact the Kennett Square divorce lawyers at Donze & Donze. We can be reached at (610) 444-8018. You may also email us here. We respond to all inquiries promptly as part of our pledge to put your case and your needs first.